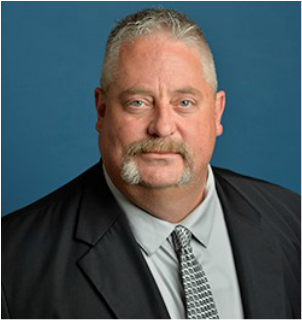 Today, at the helm of this Country’s most influential Labor Union, Curly’s leadership of Local 501 includes goals such as improving member safety on the job, education,  health and welfare, and retirement benefits all of which are being accomplished by Union activism and Unionizing.

Curly’s fundamental belief system is that members are the heroes in the fight against an unjust economic workplace.

Curly brings over two decades of experience in the Union movement to his position.  In 1986 he joined the International Union of Operating Engineers Local 30 in New York as an Apprentice and worked in several positions in the trade including representation as a Shop Steward.  In 1995 he was appointed Assistant Training Director then Organizer and a Union Business Representative; he was also elected as an Officer and held the positions of Guard and Executive Board member.  Curly during this time received an education in Union representation of the membership and labor negotiations.

In September of 2008 he transferred to the International Union of Operating Engineers Local 501 Los Angeles, CA as a Union Business Representative; he was later elected Vice President then President and currently serves as Business Manager.

Curly was elected as an International Trustee in October of 2014.

Curly was elected as General Vice President in July of 2018.